Fast SSD Server Up & No Cloud Linux at FFH!

Our new server is up and running and many admins have already been transferred to it with more to come. This new server fast.fansitehost.com features SSD hard drives for the operating system and SQL databases making what is usually the slowest part of serving a fansite faster then ever! As SSD hard drive prices get cheaper we plan to add them to the other two servers and any new server we implement will come with them also. The file storage portion of your account still uses regular enterprise hard drives as that is how we can allow unlimited space! 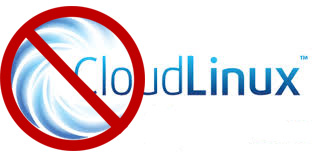 We decided a few months ago NOT to use Cloud Linux on our servers as they LIMIT each account to a certain amount of server usage. This means if your fansite gets a surge of traffic then a Cloud server will slow your site down as to not affect the performance of other fansites (good for other fansites, bad for yours). Since our servers are designed to handle a massive amount of traffic we have rarely had issues with a fansite using so much resources that the server is affected, so in essence Cloud Linux is only NEEDED when a host OVERLOADS their servers with too many accounts that it can’t handle “surge” traffic from them. We personally think Cloud Linux is useless and mostly a marketing ploy to turn a free product “Cent OS” into a PAID product aka Cloud Linux!

We allow fansites that get a surge of traffic to use as much of the server resources as needed as to keep it up and running, this is very useful for when your fansite gets extra traffic due to a season finale, awards show or just some juicy “gate” scandal! We promise we will try not to overload our servers to the point that your individual fansite is affected!

If questions let us know in the forums!

50% off Unlimited Hosting at FansiteHost.com for FFH customers ONLY!